Mrs. Dan and I went to the Grand Canyon last weekend, which is surely the world leader in seemingly impressive names which turn out to be bald understatement when you actually see them. A bit like if Mount Everest was called Giant Rock. You get the idea.

When we were there I was pretty focused on being awestruck and constantly overwhelmed by how massive it is. But while reviewing my photos earlier today, with the grandeur fairly well diluted, a thought struck me almost immediately. 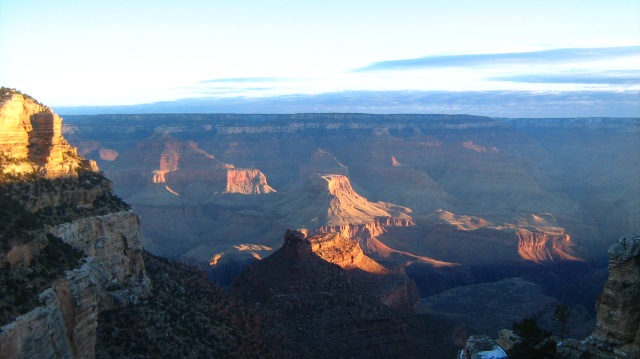 Can’t you just imagine a squadron of X-Wings screaming across the canyon in the dawn light?

Or Jaina and Jacen Solo sparring with lightsabers on a snowy clifftop?

Or something involving this extremely wide panorama shot that I really wanted to shoehorn into this post?

I certainly can. And one of the benefits of Disney now owning the franchise is that they could probably afford to rent the entire Canyon National Park for six months to film there!