[Silence. After a few moments, footsteps are heard. Faintly at first, but then louder as they approach. A man appears from stage left. His stride stutters for a moment as he glances toward the darkened auditorium, but he gathers himself and steps confidently to the microphone.]

[He taps the microphone twice. Feedback whines through the auditorium’s speaker system, and the man winces. He moistens his lips and peers out at the shadowed space where the audience might be.]

“I don’t know if anybody’s out there, but… well. Let’s just pick up where we left off, shall we?”

END_OF_DOCUMENT_TOKEN_TO_BE_REPLACED 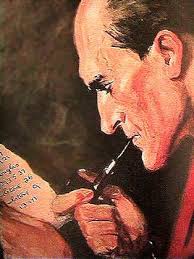