The advent of 2013 also marks the end of my second full month as a published author. It’s time to check on how sales went during the month, and make some predictions for the future. Also–graphs!

If I didn’t enjoy playing with Excel so much, I estimate I would get 7% more writing done. Hmm. Maybe I should work it out in a spreadsheet… 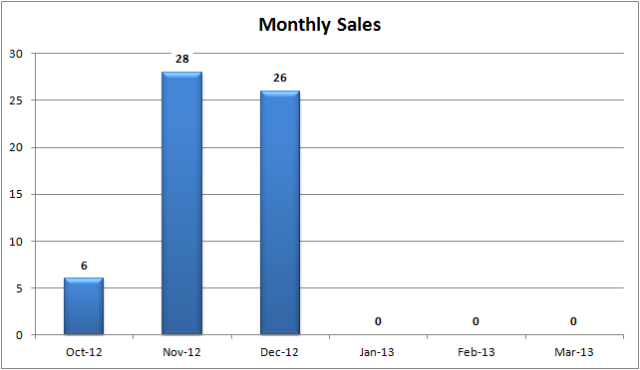 Slightly fewer sales in December than November, but… 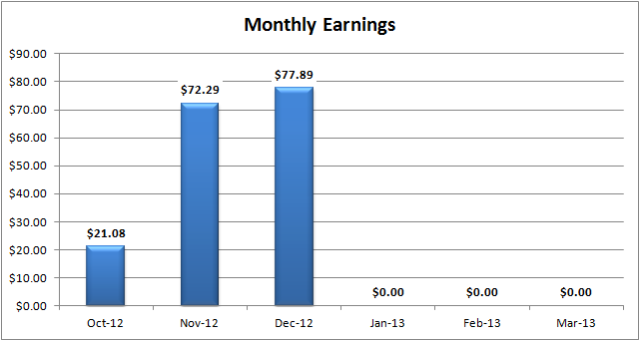 …I actually earned more, as a greater share of the sales were ebooks. (They give me a better royalty rate than paperbacks, by about 2:1.)

Finally here’s a nice pie showing where each of my total sales has come from.Too early to draw any conclusions yet, though I’d expect the Paperback UK section to grow more slowly for a while, after it’s initial explosion in November when friends and family grabbed their copies. 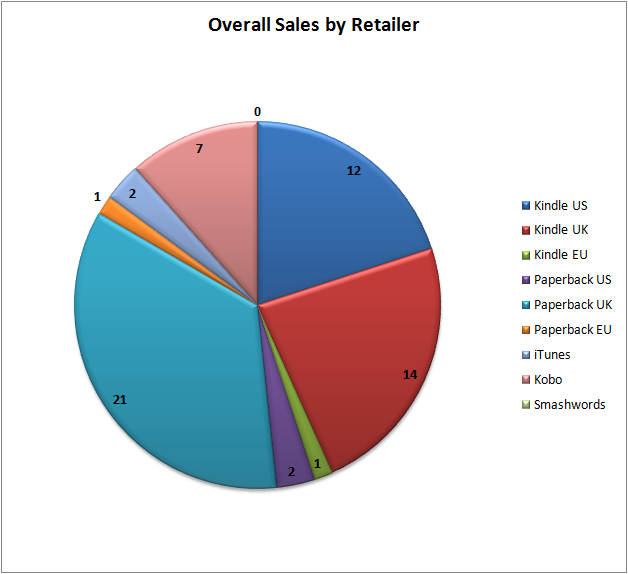 As in November, I didn’t do a huge amount.

A new year, a steady start, and another book on the way. Pleasing stuff. All the best in 2013, folks!

5 thoughts on “December Sales Report: Steady As She Goes”